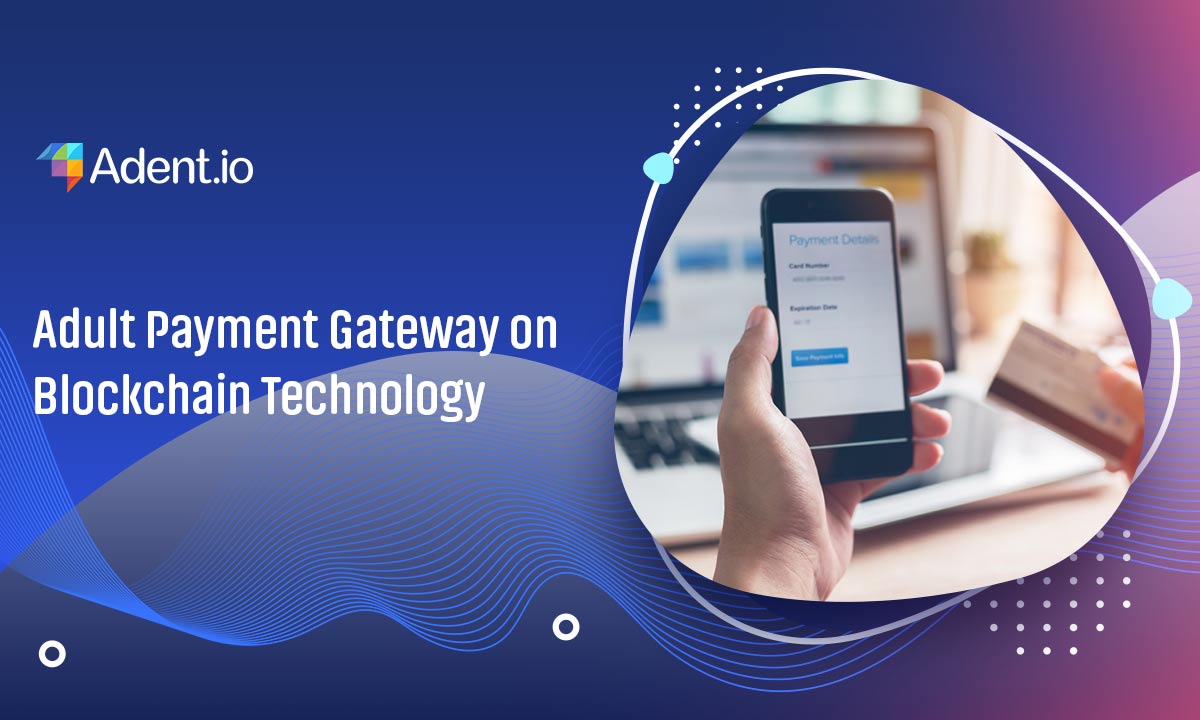 Of late, the world seems to patronizing cryptocurrencies. It began in 2008 when Satoshi Nakamoto published an informative paper titled Bitcoin: A Peer-to-Peer Electronic Cash System. Right from online gambling to logistics, almost every business is a champion and beneficiary of Bitcoin and its underlying technology called Blockchain. Adult industry is no exception. The fact that adult payment gateway on blockchain are being powered by blockchain speaks volumes about the significance of bitcoin. If your understanding of bitcoin and blockchain is hazy, worry no more.  Bitcoin is a decentralized currency. In other words, there is no consortium or an individual entitled to exercise complete control over the currency. 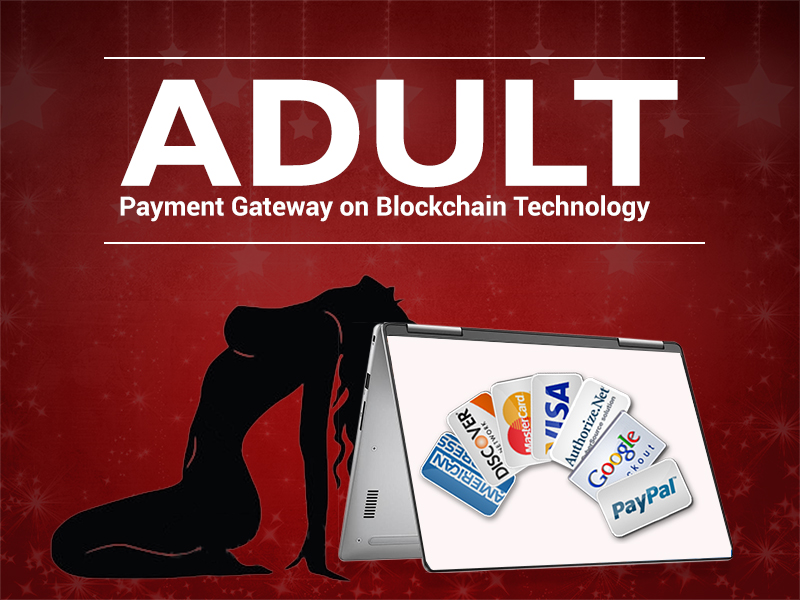 We can actually get ourselves a contract. A contract is legally binding. There is a lot of compulsion and each one of us is under duress to respect the provisions of the contract.  Moreover, the verdict may take some significant time. And one should not forget that a contract involves legal expenses and may cost us more than $100.

We can involve a third party and we expect him to be unbiased. So what do we do? Each one of us gives $100 to him and he gives the winner $200. So, the winner takes it all. But hey, the third party may embezzle $200 in our bet. There is a lot of uncertainty. Beyond any doubt, scenarios 1 and 2 are favorable than the scenario 3.

But hey, do you think trust and contract are the only optimal solutions available? Of course, you can trust your friend with a $100 note. But can you trust him with your $100,000? No! Coming to contract, it requires a lot of time and money. The intricacies involved in preparing a contract are too many. This is where blockchain technology comes into picture. We can write a few blocks of code and a program which runs on blockchain technology.  Depending on the outcome of the match, the program credits $100 into the winner’s account. Blockchain technology is too robust to be tampered with. If anything, superlative computing power is required to corrupt blockchain technology. And did you observe that third parties and regulators are eliminated?

Bitcoin is an amazing application of blockchain technology. It is like a digital property. Nobody can ever challenge the legitimacy of bitcoin transactions. Blockchain uses a digital file called ledger to keep track of all transactions.

Let me explain how it works with an example. Here is a simple ledger:

Let’s say Alan owes 10 BTC (Bitcoin) to Charlie. Now, Alan initiates the transaction and pays Charlie 10BTC. So, Alan’s Bitcoin value goes down by 10 and that of Charlie’s goes up by 10. Simple and easy, right?

So, here is the updated ledger:

So, when Alan is done with the transaction, each of the nodes updates its own copy of digital ledger and passes on the message to its neighboring nodes. This has some amazing implications some of which are stated below:

Here is another super simplified example of how blockchain works. Let’s say T is the teacher. A, B, C, D and E are her students.

Let me breakdown the conversations into various scenarios. 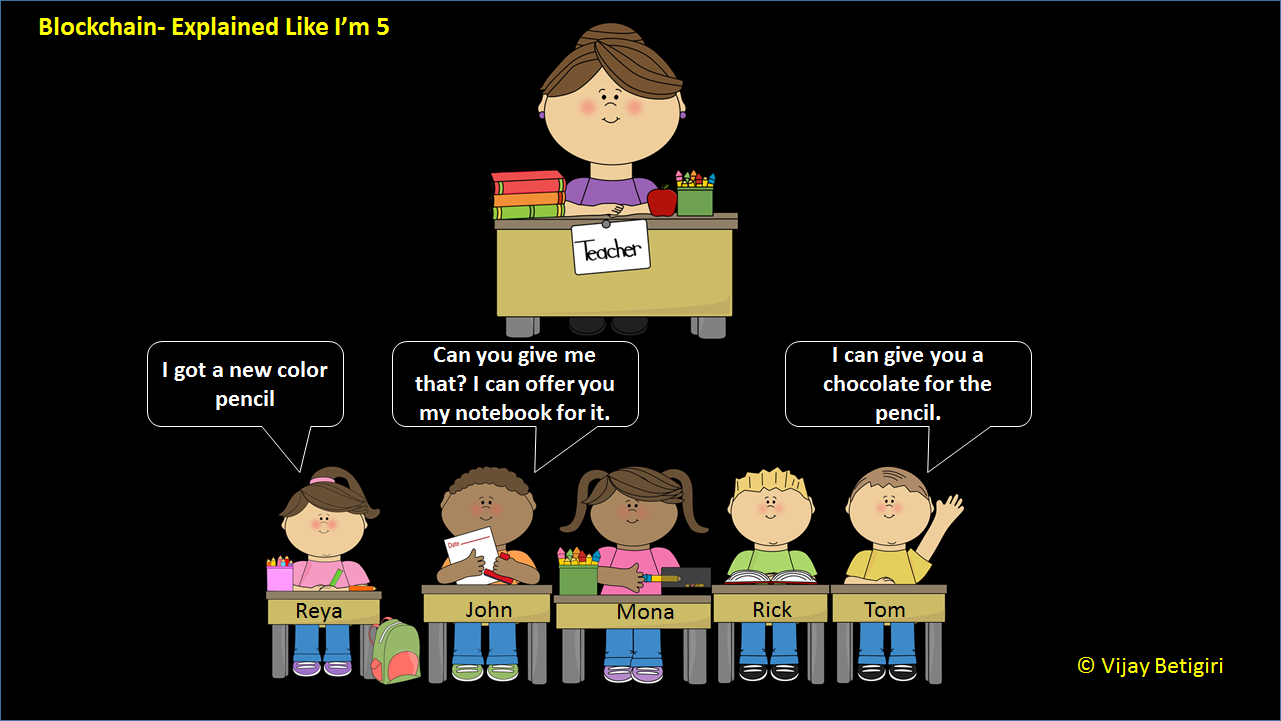 A: I have a color pencil

On hearing A, here is what B and E say:

B: Can you give me your color pencil? In return, I shall give you my notebook

E: I will give you a chocolate for the pencil 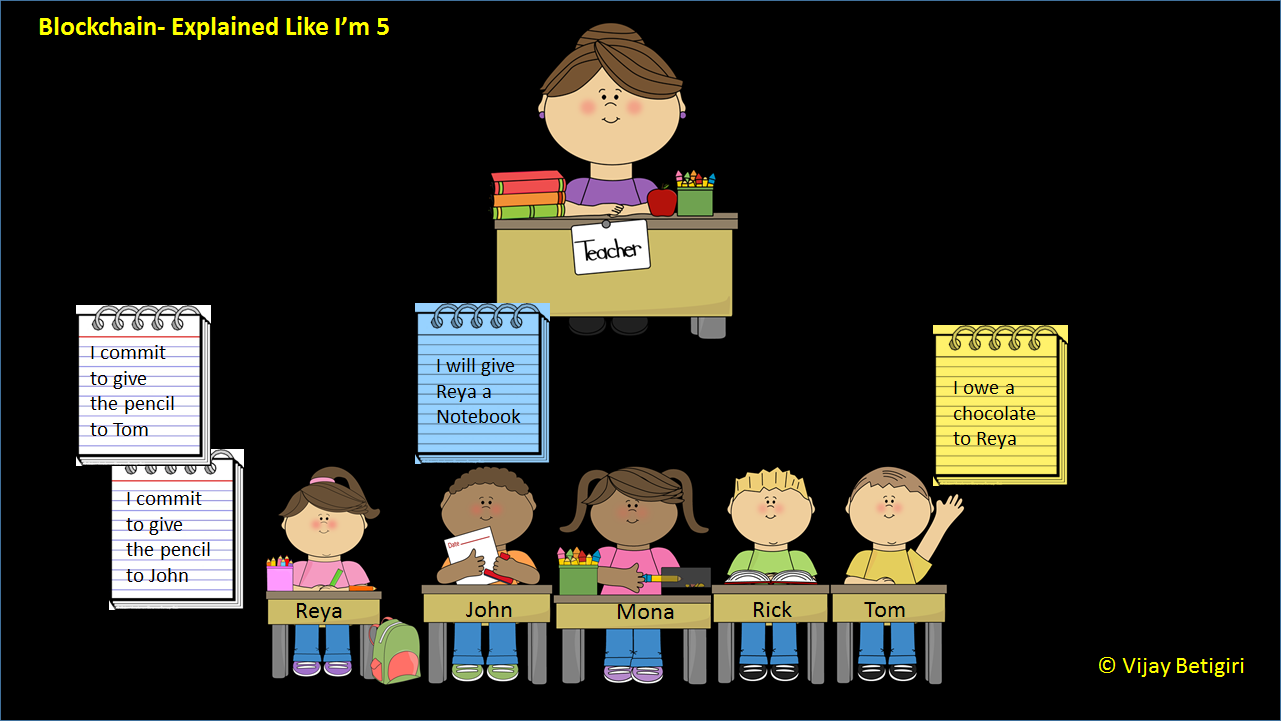 The teacher T instructs all the students to make a note of their trade. Here is what the students have written:

B: I commit to give my notebook to A.

E: I commit to give my chocolate to A 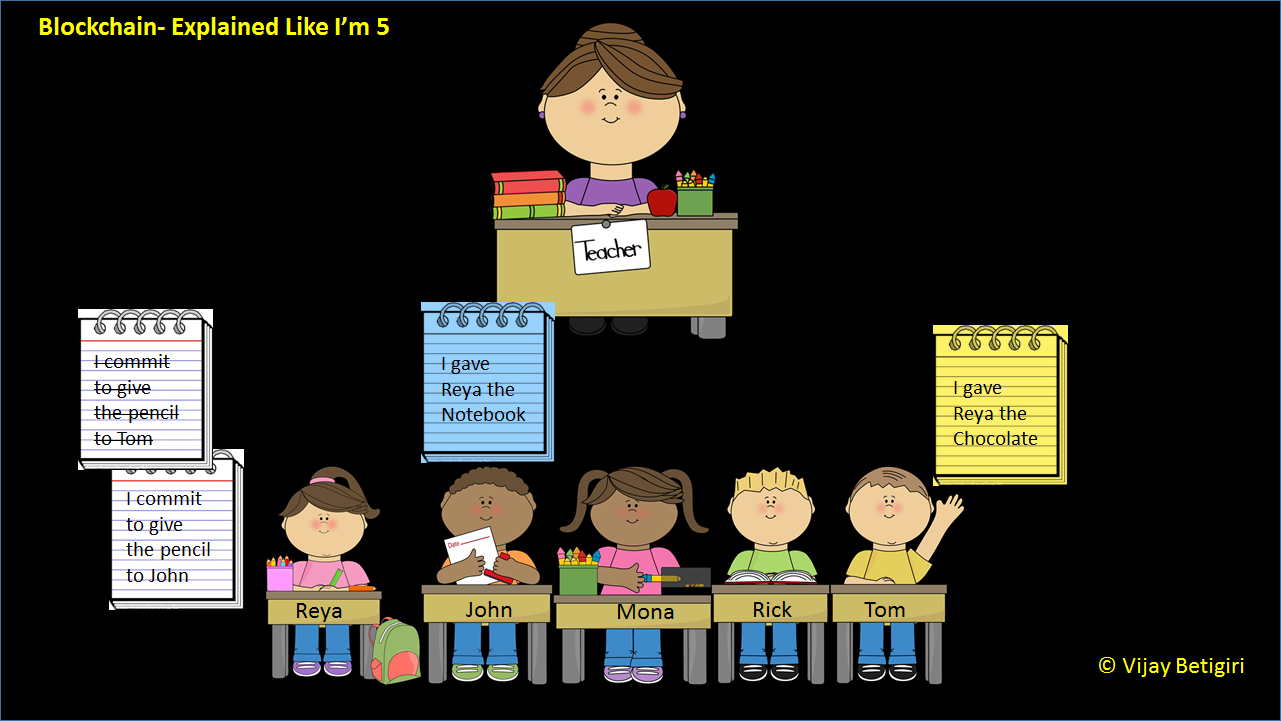 Trade transactions are completed. A gives his color pencil to B but not to E. However, A accepts color chocolate from E and notebook from B. So, A strikes down the note – I commit to give my color pencil to E

Here are the updated notes:

B: I gave my notebook to A

E: I gave my chocolate to A 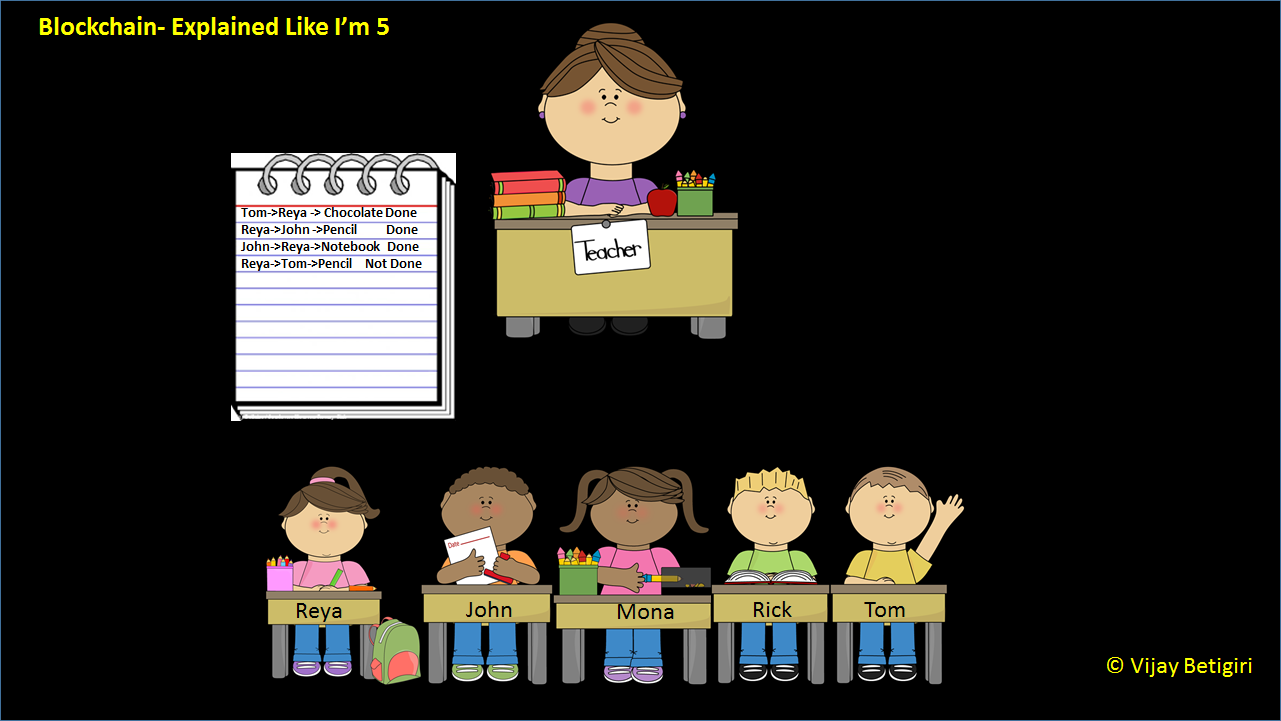 As E doesn’t get any color pencil from A, he approaches the teacher ‘T’ and complains, “A hasn’t fulfilled his commitment. Moreover, A erased the note.” T plays the role of an administrator and records all the transactions in her ledger.

T insists on adding a signature for each and every record of the transaction.

T becomes suspicious of A and begins to think if A is trading more than what he possesses. Here is the table of items:

To avoid discrepancies, T comes up with an interesting solution:

Each one of the students is given T’s updated ledger copy.  Whenever a transaction is made, the student shouts out so that others can also update in their respective ledgers. This prevents discrepancies in entry and tallying of records.

Easy enough, right? This is an adaptation of an example provided in this link. The author has subtly introduced hash functions and magical number. Do visit this link as well for another interesting example.

Bitcoin is absolutely secure. In 2011, the then popular cryptocurrencies Bitomat and Mybitcoin suffered cyber attacks/thefts / scams. Investor confidence eroded and businesses guttered. However, bitcoin became the most sought-after cryptocurrency due to its resilience and robustness. To cut long story short, bitcoin is here to stay.

Now that you are well aware of bitcoin and blockchain, I will now engage you with an interesting and delightful episode. When I visited New York to deliver a lecture on emerging trends in adult entertainment industry, I had the good fortune of meeting Leah Callon-Butler. She happens to be the co-founder of intimate.io. Intimate.io is a cryptocurrency company which champions aspects such as safety, security etc., in transactions permeating across adult and sex tech industries.

Adult webmasters suffer a lot. PayPal and Stripe do not support with adult merchants. Startups and websites that are into adult niche cannot advertise on Facebook. Twitter and Tumblr are good, but they are becoming less adult friendly. Japanese love hotels cannot advertise on websites such as Bookings.com.

Hosting providers are mindful of nudity. Internet providers and email marketers distance themselves from sexual sophistication. When it comes to investments in adult ventures, venture capitalists and angel investors are fraught with crude emotions. Banks decide almost everything and more often than not, they do not extend loans to entrepreneurs who cater to sex tech industry. Innovation in adult industry is possible but empowerment is absent. There is a lot of stigma and social exclusion is prevalent.

Adult entertainment industry doesn’t have any incentives for people to be good actors. For all intents and purposes, reputation should be valued. Every transaction is associated with a reputation rating. This is the foundational tenet of Intimate.io. Initimate.io is all about developing an ecosystem wherein good actors are cultivated through technology. The ecosystem values privacy and transparency.

Intimate.io is on an ambitious mission to prove that adult webmasters and audiences can transact in decentralized peer to peer marketplaces without fearing trust and data breach.  Till date, Intimate.io has raised $5.1 million. Alphabit, a billion-dollar digital currency fund has invested $1.1 million in Intimate’s ongoing cryptocurrency token pre-sale. We require many more ventures like Intimate.

Cryptocurrencies offer a truckload of benefits. Adult payment gateway on blockchain technology form an exciting pair. Jump on the wagon today and get yourself a high risk merchant approved today. If you have any doubts or concerns, feel free to drop a line or two in the comments section. I shall reply in a day or two. Keep watching this space for more interesting information on adult payment gateways. Our best wishes are with you and your adult venture.  Cheers!

Book Your FREE 15 Min Call With Our Domain Expert